Mazda fan Takashi Kunikata says his Cosmo Sport is the most beautiful car in Japan. 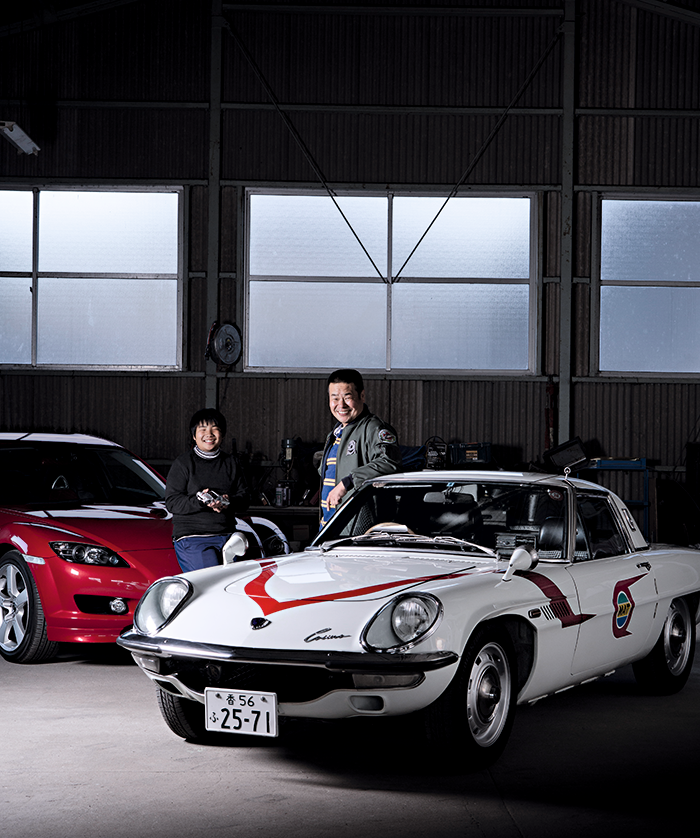 “About twenty years ago, I was 29, recently divorced, and, since I didn’t have any dependents, I cashed in my life insurance policy to buy a Cosmo Sport for a million yen (then around $9,800). Over the next six years or so I spent all my money on it. Then I remarried and my wife was shocked when she learned that, aged 35, I had only 30,000 yen ($230) in savings but lots of Cosmo-related receipts.

“Working as a police detective, I was sent to the island of Shodo, where I met another Cosmo owner. When I saw his car, I knew that I needed to have it. I bought it and then restored and transformed it into an exact replica of the MAT-1 patrol car featured in the Japanese sci-fi TV series The Return of Ultraman. In the process, I spent several million yen and bought four more Cosmos for parts.

“In total, I’ve owned six, but this is my favourite and now my only one. It’s the most beautiful car in Japan to me! I drive it every day, at times with my son (also pictured), and even  as far as Tokyo and Hiroshima. It is also often used in events because even though the Ultraman series featured many different cars that were meant to get the attention of viewers, the one my Cosmo Sport is based on has proved to be the most memorable.”