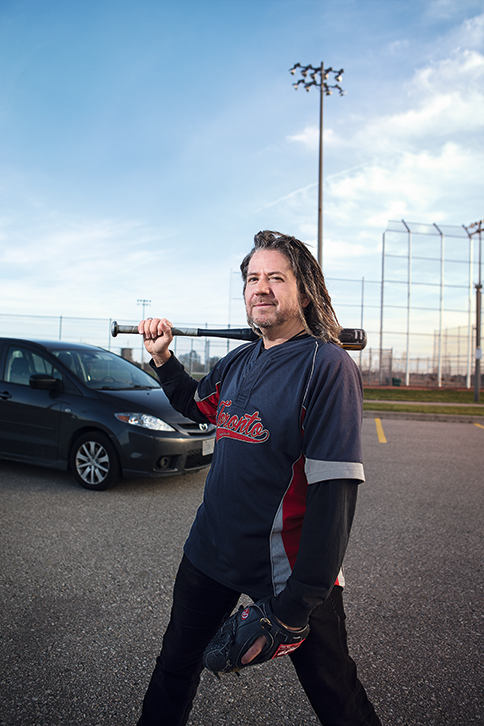 Even if you’re not aware of his musical past, you’re unlikely to miss the dreadlocked Ron when he pulls up in his Mazda5, pops the hatch and takes out bag after bag of baseball gear, before opening the doors and offloading baseball player after baseball player.

“Sometimes we get so much stuff in there that it feels like a circus clown car,” laughs Ron, who’s been a volunteer youth baseball coach with the Toronto Playgrounds rep league for the past six years. Ron has a teenager of his own on the team — his son took up the game at age five and will sit through even inclement Blue Jays games from start to finish, so it looks like this father-and-son duo will be at the wheel and/or bat for a while.

Luckily, the Lopata family’s Mazda5 can go the distance. Ron purchased it ten years ago at Mazda of Toronto “in North York, where I grew up.” He chose the multi-purpose, five-door wagon for a variety of reasons: “It’s a minivan without being as big; economical on gas; I love the hatchback with the drop-down; and you can get kids’ seats in it and still have huge cargo space.”

But Ron doesn’t only ferry baseball players around in his Mazda5. As a Vice President in the Canadian division of Warner Music (he signed Scott Helman and co-wrote Helman’s 2014 hit ‘Bungalow’), Ron has even driven rock stars around too.

Mazdas, music and baseball look to be key to Ron’s life for a long time yet.