Mazda Revisited: Growing Up with the Development of Hiroshima 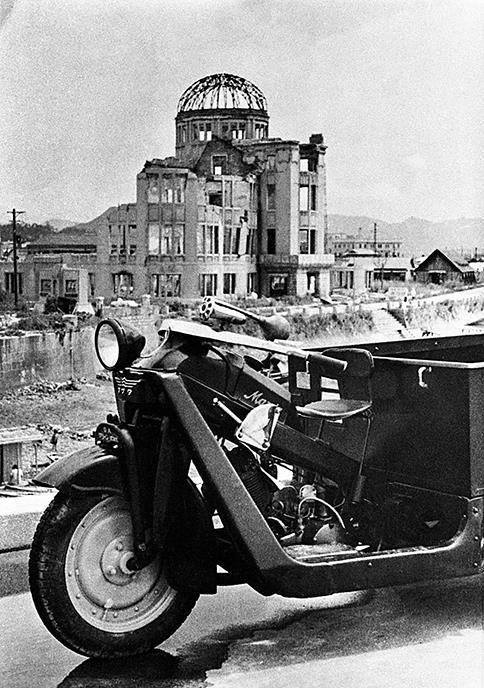 (Mazda tricycle truck Type GA with the Atomic Bomb Dome in the background, circa 1947-48)

Rising from the ashes of the Pacific War, Hiroshima is a city that has restored itself and since flourished as the City of Peace.

In 1945, just 4 months after the end of the Pacific War was declared, Mazda resumed production of its tricycle trucks. Back then, the city of Hiroshima was going through a slow recovery process, and the citizens were badly in need of trucks for carrying daily necessities to survive. Jujiro Matsuda, then President of Mazda Motor (called Toyo Kogyo back then) and his eldest son Tsuneji, both hailing from Mazda’s founding family, felt that it was their mission to quickly deliver the company’s affordable tricycle trucks to the people in Hiroshima. Two years later, the company produced 2,430 units of tricycle trucks annually, which was the largest production volume in the industry in 1947. The Matsuda family’s dedication to speeding up the recovery of Hiroshima touched heart of the citizens, as many people believed that their effort had brought back courage and smile all over the city. A challenging spirit that runs deep in Mazda today is rooted in the city of Hiroshima.

The tricycle truck played an important role as a means of transportation that was essential to Hiroshima’s post-war recovery and economic development. At that time, the truck was lovingly called by the nickname “Batanko” by the citizens. 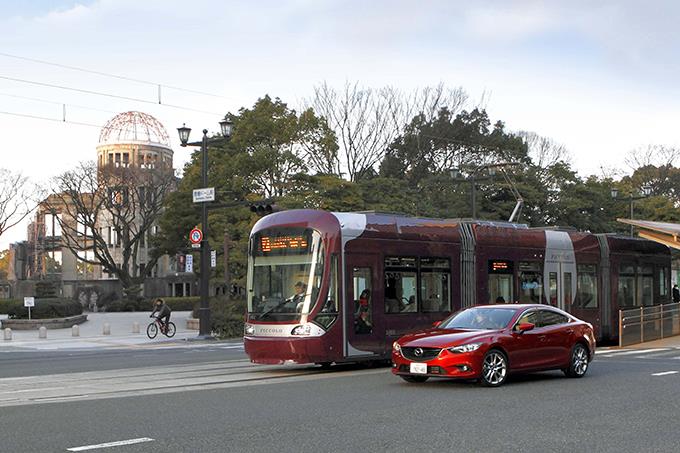 This photograph shows the South Exit of the Hiroshima train station back in 1951, with Toyo Kogyo’s Type PB tricycle passenger car-based taxis pulled up in front of the station.

Known as “90 yen Taxi”, the Type PB tricycle passenger taxi was a popular means of getting from A to B in the city of Hiroshima. 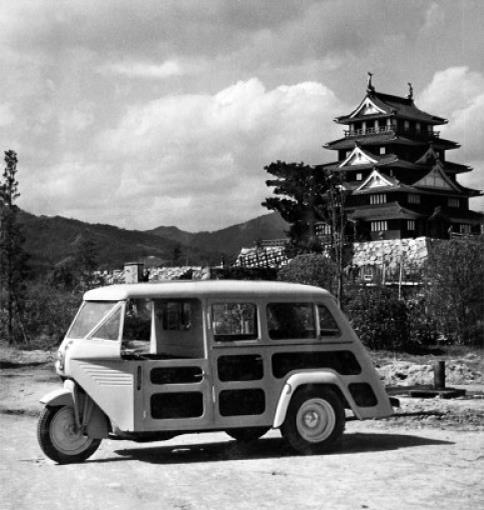 A construction that soars behind the Type PB tricycle passenger car is the restored Hiroshima Castle back in 1951. The Castle was originally constructed in 1598 by Terumoto Mouri, a highly influential daimyo (feudal lord) at that time in Hiroshima. The atomic bombing in 1945 completely destructed the original structure.

The restored Castle in the monochrome photo is, in fact, a different construction from what it is today. The photo shows a wooden central tower (called “tenshu-kaku” in Japanese) structure that was temporarily rebuilt to celebrate the National Sports Festival hosted in Hiroshima in 1951. The wooden central tower was torn down immediately after the Festival, but was rebuilt in a reinforced concrete structure to be a highlight of Hiroshima Restoration Exhibition in 1958. For the people in Hiroshima, the Castle symbolizes the restoration of the city that has a long history of being a prosperous castle town dating back to the Age of the Samurai.

When you talk to the locals, you soon realize that the Castle is commonly referred called the “Carp Castle” (“Rijo” in Japanese), the name originating from the fact that carps were produced in Ota River running through the city. It is also known that the Hiroshima Carps, a Hiroshima-based Japanese professional baseball team, was named to pay respect to the Carp Castle.

The old photos in this article illustrate the history of Hiroshima’s restoration and development, but also show glimpses of Mazda’s long history in the city. 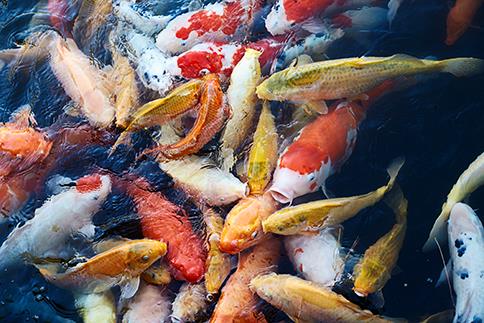 (Hiroshima Castle, shown as it is today, was reconstructed in 1958) 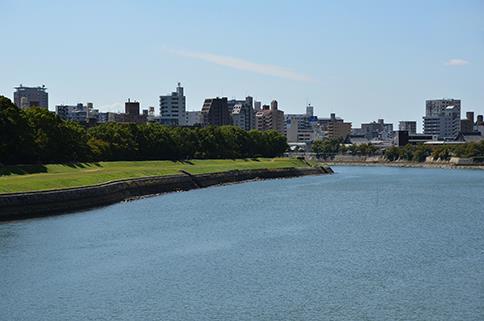