To celebrate 25 years since its launch an original Mazda Roadster drives north until it runs out of road. With the roof down. In winter.

At 71 degrees of latitude and more than 800km beyond the Arctic Circle, Nordkapp is quite simply the end of the road in Western Europe. From a starting point in central London it’s almost 5,000km, passing through France, Belgium, Germany, Denmark, Sweden, Finland, and into Norway. In the summer months it would be challenging enough, but in mid-winter, in a car pushing 25 years old? You’d have to be obsessed. With only winter tires and warm clothes for comfort, the five-day trip took in the world’s longest road tunnel and the spectacular Atlantic Ocean Road, which alternately skims the sea or flies high over the waves, before crossing the Arctic Circle. Here the driver would face temperatures far below freezing and zero-friction ice roads in a car that was designed more for sunny Sundays in California. 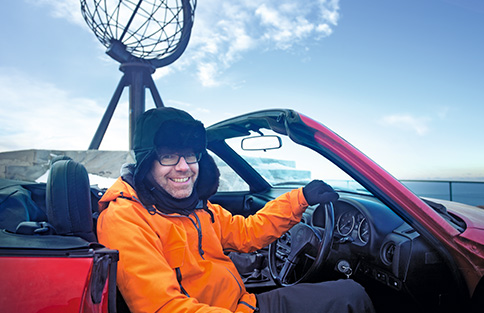 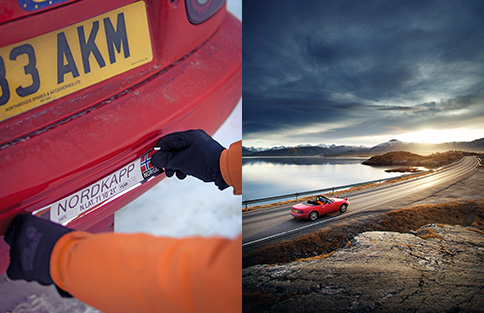